New Report – Point of Origin: Status Report on the Impact of Dodd-Frank 1502 in Congo

New Report – Point of Origin: Status Report on the Impact of Dodd-Frank 1502 in Congo

Section 1502 of the Dodd-Frank Wall Street Reform and Consumer Protection Act (Dodd-Frank 1502) and the U.S. Securities and Exchange Commission’s (SEC) Conflict Minerals Rule have improved global minerals supply chain transparency and begun to help break links between the minerals trade and violent conflict in the eastern Democratic Republic of Congo (Congo), according to a new report from the Enough Project, “Point of Origin: Status Report on the Impact of Dodd-Frank 1502 in Congo.” In it, author Holly Dranginis provides a status update on the impact of Dodd-Frank 1502 in Congo, including progress, challenges, and policy recommendations for continued improvements.

Based on 2015 and 2016 field research in eastern Congo with miners, traders, human rights activists, civil society leaders, industry experts, and others, the Enough Project found a number of key developments pertaining to Dodd-Frank 1502 and mining reforms in eastern Congo. According to Congolese activist, Justine Masika Bihamba, "There's a link between traceability and the well-being of communities – we’ll know how many minerals are going out, how much value, volume, and how much, theoretically, should trickle down to communities.” Enough's findings include positive advances corresponding to the stated purpose of Section 1502 such as increased security for civilians in some mining areas, a significant reduction in armed group control in 3T mining areas, improved safety and health standards for miners in some mining areas, organized local advocacy in support of reforms, in-region development initiatives, and the initial implementation of the region’s first system to assess mines and certify minerals as conflict-free.

To address these problems, reforms and new initiatives are needed. A conflict-free minerals trade that benefits the population is possible for the Great Lakes region, and more must be done to build on initial successes and meet urgent needs, including the following key recommendations from the report:

1. Combat smuggling: through support to the International Conference on the Great Lakes Region’s Independent Mineral Chain Auditor (IMCA). U.S. and U.N. Special Envoys Tom Perriello and Said Djinnit, as well as others can play a role in this support by following up to ensure the IMCA is doing its job effectively, and they can also press the governments of Congo and Rwanda to improve transparency and anti-smuggling measures.

2. Improve Security: the Congolese government should increase the number of mining police forces in mining areas and trade routes and carry out its commitment to demilitarize the 3TG mining sector in the Kivus, especially in gold mining areas, in compliance with the Voluntary Principles on Security and Human Rights. Along with local authorities, the U.S. Department of State and International Organization on Migration (IOM) should also introduce anti-corruption measures into its training initiatives with mining police.

4.  Hold Regional Actors Accountable: the United States Congress and the SEC should strengthen — not diminish — the focus on regional enforcement of Dodd-Frank Section 1502. Smuggling continues particularly into Rwanda, which threatens the viability of the entire regional system, security in Congo, and traceability further down the global supply chain.

5.  Improve Artisanal Mining: The United States, European Union, The Netherlands, and Germany should urge the Congolese government to significantly increase the number of artisanal mining zones in Congo. Donor governments should also provide additional funding to mine inspection missions currently led by the IOM to improve and increase the assessment and validation statuses. Mine assessments should be made public by Congo’s Ministry of Mines, and assessment teams should comply with mandates to re-validate mines every six months.

6.  Require Quality Due Diligence: The E.U. should pass mandatory reporting requirements for all companies bringing 3TG minerals into the E.U., including importers of raw materials or minerals included in finished products. The E.U. legislation should also include provisions for development and investment in conflict-affected, minerals-rich areas. The U.S. Securities and Exchange Commission should issue clarifying guidance on both the status of the Conflict Minerals Rule’s (CMR) audit requirement and its enforcement strategy for CMR reporting compliance.

Read the full report: "Point of Origin: Status Report on the Impact of Dodd-Frank 1502 in Congo" 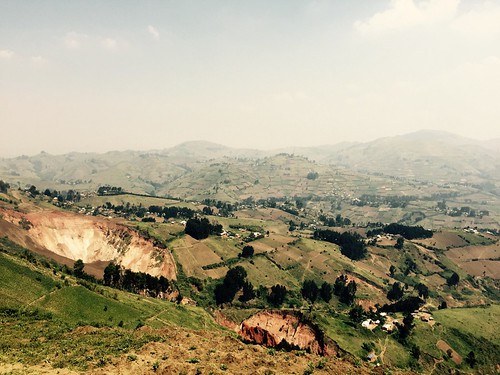