A Criminal State: Understanding and countering institutionalized corruption and violence in the Democratic Republic of Congo (October 2016)

This comprehensive study details how Congo is not a failed state—for everyone. It is a failure for the vast majority of Congolese who suffer from abysmal security, healthcare, and education services. However, it is an efficient state for ruling elites and their commercial partners who seek to extract or traffic resources at the expense of Congo’s development. Over the past 130 years, Congo has had many elements of violent kleptocracy, a system of state capture in which ruling networks and commercial partners hijack governing institutions and maintain impunity for the purpose of resource extraction and for the security of the regime. Violence has been the systemic companion of these regimes.  This study argues that President Kabila and his close associates rely in large part on theft, violence, and impunity to stay in power at the expense of the country’s development. If international policymakers are to have a real impact in helping Congolese reformers actually reform the system, they need to shift the lens through which they view the conflict.

The report describes how the state in several conflict-affected countries in East and Central Africa has been hijacked and transformed from an institution that is supposed to provide social services and safeguard the rule of law into a predatory criminal enterprise that does quite the opposite. The international community has the power to chip away at the environment of impunity that characterizes these violent kleptocracies—and the United States is in a position to play a leading role.

Following a two-year investigation into the assets and wealth of top officials in South Sudan’s government and opposition, Enough’s initiative The Sentry released its first findings in a new report, “War Crimes Shouldn’t Pay: Stopping the Looting and Destruction of South Sudan.” This report provides evidence that highlights the link between this systemic corruption and violent conflict, including the mass atrocities committed during the civil war. The Sentry’s investigation focused on top officials identified by the United Nations and African Union as having command authority over military operations that resulted in widespread human rights crimes since December 2013.

Recognizing the current unprecedented opportunity to build on emerging leverage with the Sudanese government and deploy new targeted financial pressures to support a peace deal in Sudan, this report outlines a new strategy for the United States towards Sudan andoffers critical recommendations to minimize unintended consequences of existing sanctions measures that have harmed medical, humanitarian, civilian, and academic sectors in Sudan. 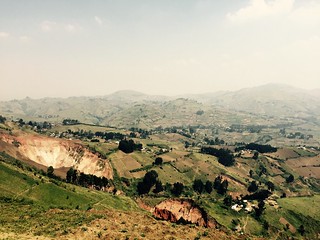 This report provides a status update on the impact of Dodd-Frank 1502 in the Democratic Republic of Congo, including progress, challenges, and policy recommendations for continued improvements. According to this report, Section 1502 of the Dodd-Frank Wall Street Reform and Consumer Protection Act and the U.S. Securities and Exchange Commission’s Conflict Minerals Rule have improved global minerals supply chain transparency and begun to help break links between the minerals trade and violent conflict in eastern Congo.