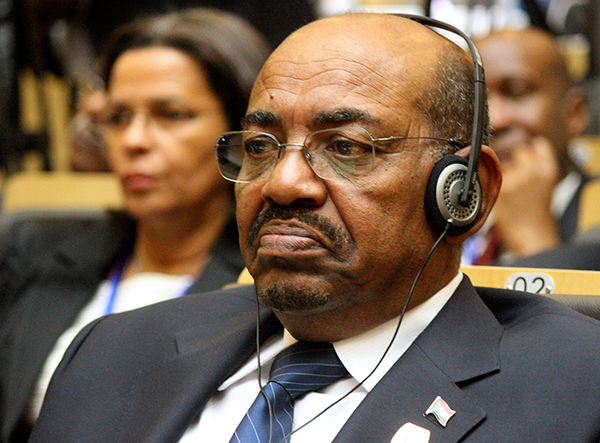 The president of Sudan, Omar al-Bashir, arrived in the Democratic Republic of Congo last night for a conference of the Common Market for Eastern and Southern Africa (COMESA), being held in the capital city of Kinshasa. The Congolese government must apprehend President Bashir and assist in his immediate transfer to the ICC to face charges.

President Bashir is indicted by the International Criminal Court (ICC) for genocide, war crimes, and crimes against humanity related to his role in atrocities committed in Darfur beginning in 2003. Several other members of the African Union such as Malawi, South Africa, Kenya and Zambia have refused to host the Sudanese leader, cancelling proposed trips or inviting alternate Sudanese officials.

Human rights groups across Africa have actively sought to compel al-Bashir’s arrest in correlation with his visits. For example, in Nigeria last year, President Bashir was in the country for fewer than 24 hours and abruptly left before his scheduled presentation due to public protests and court actions to compel his arrest. A number of Congolese organizations have come together and filed a petition stating their opposition to Bashir’s presence in Congo, reiterating Congo’s obligations under the Robe Statute, and demanding his transfer to The Hague.

As Congo embarks on its own renewed peace process, including promoting accountability for war crimes and crimes against humanity committed in Congo, apprehending President Bashir would underpin its support to victims of atrocity and its conviction that justice is an essential element of peace.

As a party to the Rome Statute, Congo is obligated to cooperate with the ICC and arrest Bashir. The jurisdiction of the Court over the Darfur situation was triggered by a Security Council resolution, which also triggers an obligation by all UN member states to cooperate with the Court. The court has issued a recent statement reiterating Congo's obligation to arrest and transfer President Bashir. Representatives of the Congolese government have said they defer to COMESA and must follow protocol by respecting President Bashir's invitation and presence.

In privileging its allegiance to COMESA protocol over their obligations to the Rome Statue and the ICC, the Congolese government is privileging impunity over justice.

We stand with the growing number of Congolese and international civil society groups calling on the Congolese government to apprehend President Bashir and assist in his transfer to the Hague to answer charges before the Court. Similar robust civil society outcry was successful in deterring President Bashir from a recent visit to Nigeria. Bashir's presence in Congo is an unprecedented opportunity to deliver justice to the people of Darfur and send a message worldwide that individuals indicted for war crimes must not be afforded safe haven.